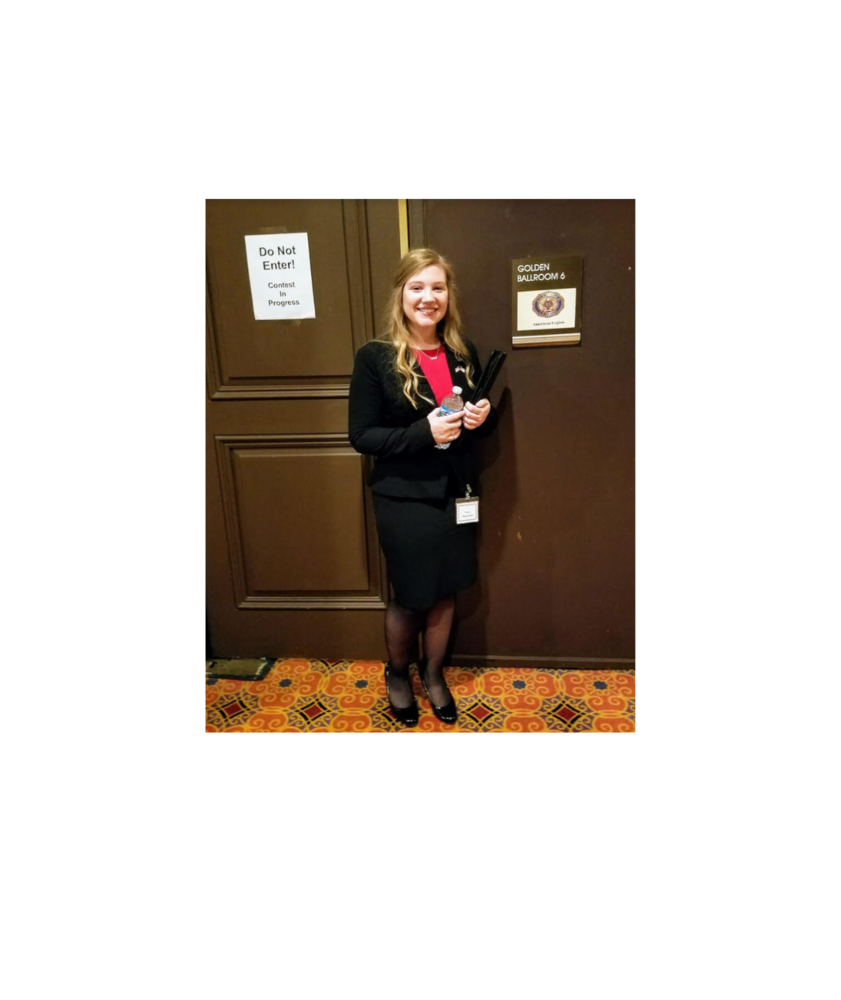 Marissa Gertz recently competed at the National American Legion Oratorical Competition on April 6-7. It began with 10,000 competitors across the nation and resulted in a national competition among the top 53 in Indianapolis. Marissa was one of nine orators in the United States who advanced to the semifinals in the national competition. The contestants presented a rehearsed eight- to 10-minute oration on an aspect of the Constitution in front of a panel of judges, as well as a three- to five-minute speech on an assigned topic discourse - a phase of the Constitution selected from its Articles and Sections. Congratulations Marissa! 👏